The race to the star
At the end of the ceremony of dressing de su Componidori, the procession of the knights led by the headmaster and preceded by trumpeters, drummers and the peasantry on Sunday and the Carpenters on Tuesday, heads for the street of the Cathedral of Santa Maria Assunta. The passage of the parade is one of the most exciting moments of the event. The embrace of the city and the numerous tourists from all over the world is strong. The imposing horses, the elegance of the knights wearing the ancient costumes of the Sardinian and Spanish tradition, the explosion of the colors of the harnesses, the triumph of the trumpets and the drums beaten. But it all affects the impressive and hieratic elegance of su Componidori, the king of the race and the city that for a day attracts the attention and aspirations of a whole community. The triple crossing of swords between su Componidori and his second from the beginning of the race. The rhythm marked by the drums solemnizes this initial phase of the carousel which takes place right under the green ribbon that supports the bright tin star. From that moment the challenge begins. Su Componidori first will try his luck trying to catch the target at a great gallop, then it will be the turn of his two aides. Later they will be able to challenge themselves in the enterprise all the riders whose leader will give the honor of the sword. In fact, he and only he can choose who among the participating knights will be able to face the path of the Cathedral and try to catch the star. The happy gallop of who catches the target is a source of great joy for the rider, for the gremio and for all the audience that welcomes the centered star with a roar. The skilful and lucky rider will be able to return to the path, enjoy the tribute of drummers, trumpeters and the warm applause of the festive crowd. A small silver star given to him as a prize will remain in his memory. Riders who by chance and extraordinary skill will succeed in the task of seizing another star on the second day of Sartiglia will receive a small gold star as a prize. And in the same day of racing, the prize for the knights of the top pair is reserved for the honor of trying again the fate with the stocco, or the wooden spear. In fact, when Componidori decides to start towards the end of the race, falls back on the path showing the swords used and delivered to the highest authority of the gremio receives the stocco, the wooden spear. Only he and his teammates will be granted the honor of facing the path again in the cathedral and groped to capture the coveted star with the stocco. After the descents with the rapier on Componidori, he goes back to the churchyard and when he returns the wooden spear he receives his scepter of mammals. It is one of the most moving and touching moments of the race. The drummers with an extraordinary rhythm accompany on Componidori who blessing the crowd heads towards Piazza Manno, the starting point of the descents to the star. The blare of trumpets and the drumming drum announces Sa Remada, the courageous act performed by su Componidori that officially closes the race to the star on the horse, facing the path at great gallop saluting and blessing the gremio and everyone present. The gallop ends in the square where all the riders stop, with shouts of joy and applause greeting the extreme deed performed by the head of the race. From that moment the procession of the knights is recomposed, retracing Via Duomo and passing from Corso Umberto and from Piazza Roma, it heads towards Via Mazzini, theater where the evolution will take place. 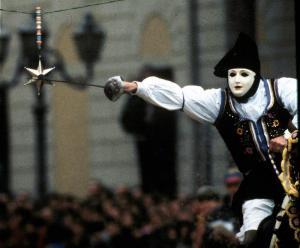 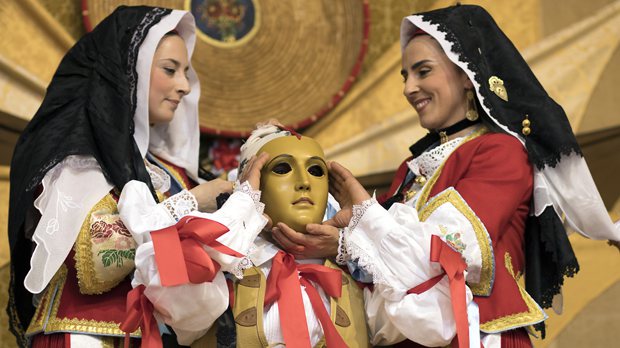 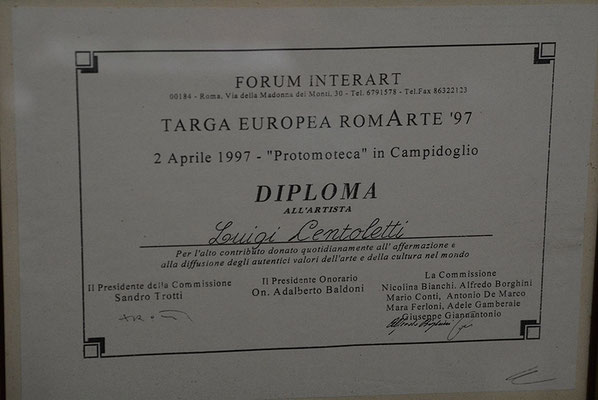 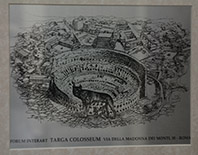 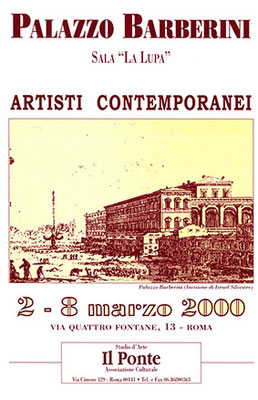 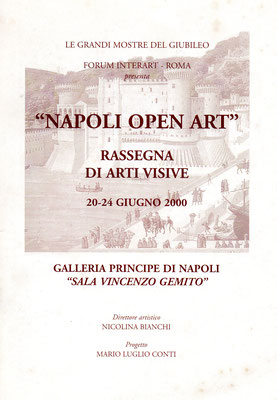 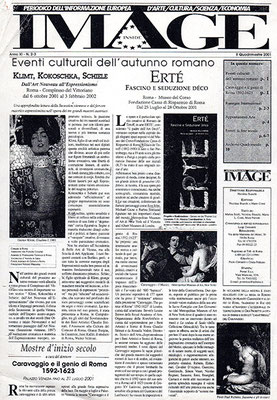 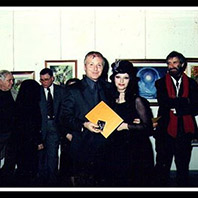 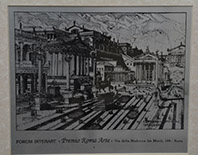 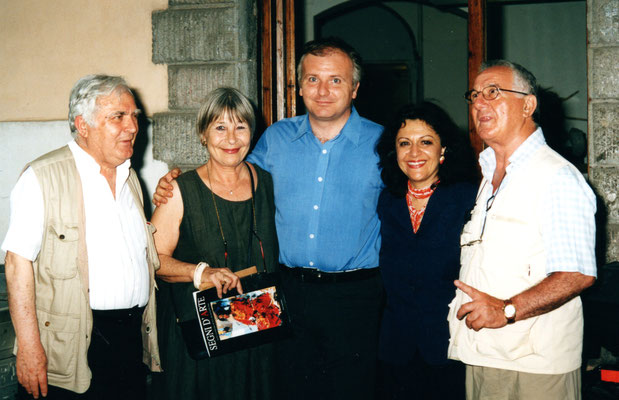